Aieta, among the most beautiful villages in Italy

The name of the municipality, "Ajeta", comes from the Greek "aetos" (aquila), once present in the territory
of the ancient inhabited center located on Mount Calimaro

The village, whose dominant notes of color are the white of the facades and the red of the roofs, huddles around its most precious building, the palace erected in the 16th century by the Martirano family, enlarged by the Cosentino marquises and then sold to the Spinelli di Scalea. one of the few examples of the Renaissance style applied to civil construction in Calabria.

The way of the mills represents a historical link with the river, the fields and the town. For centuries, water mills have represented an indispensable tool for feeding an urban and rural population, vital for an agricultural economy, they survived until they were replaced by more modern and electricity-powered mills.

Aieta has medieval origins; its narrow and sloping streets take you back to the years around the year 1000. The village gathers around its most precious building on three floors: the ground floor, where there were the guardhouse, the chapel, the office of the Marquis, the reception and music rooms, the kitchens and the pantry; the first floor with the bedrooms; the basement with cellars, water tanks and prison. The building has a U-shaped plan and a loggia that opens along the curtain wall of the façade, with five arches resting on Tuscan columns leaning against pillars, in local gray stone. Large portions of frescoes have recently been restored. Declared a national monument in 1913, the building is now owned by the municipality.
Among the religious buildings, the mother church, dedicated to Santa Maria della Visitazione, stands out, built in the 16th century on a Norman age system. The stone portal embellishes the entrance, flanked by pilasters decorated with scrolls. The interior, in the form of a Latin cross with three naves, is rich in frescoes and panel paintings. Interesting is the façade of the Eucharistic custody in marble from 1511, transformed into an altarpiece during the late seventeenth-century renovation of the building; a wooden crucifix of southern craftsmanship; the icon of the Mother of Consolation, rare of its kind, coming from the ancient church of San Nicola and perhaps attributable to the early sixteenth-century prototypes of Nicolaos Tzafuris, a Cretan from Candia; the silver cross with a vine stem from the second half of the sixteenth century; the Madonna del Carmine by Dick Hendricksz (1544-1618), a Flemish artist who had a great influence on the pictorial culture of southern Italy; the two altarpieces by Fabrizio Santafede, a Neapolitan painter at the turn of late Mannerism and early Baroque, with the great Visitation placed in the apse in 1576. Also noteworthy is the Bossi-Prezioso organ of the Neapolitan school, delivered to the church on 19 August 1673, restored in 1995 to restore its ancient voice.
Of the convent of the Observant Minor Fathers of San Francesco d’Assisi (1520) demolished around 1950, only the church of San Francesco remains, the subject of a recent recovery.
At 800 meters from the historic center, in the chapel of San Vito Martire (17th century), with an arched portal and entrance portico, the 18th century wooden statue of the patron saint of Aieta is preserved.
Other chapels to visit are that of San Giuseppe in piazzale palazzo, with a stone portal surmounted by the noble coat of arms of the Cosentino, that of San Biagio for its Renaissance frescoes, of Santa Maria della Purità, of Addolorata al Ponte (18th century) and finally that, reduced to ruins, of San Nicola in Cantongrande, dating back to the eleventh century and up to the sixteenth of the Greek rite.
Magnificent stone portals, worked by local stonecutters between the eighteenth and nineteenth centuries, are scattered among the narrow streets of the historic center: we remember those of via Cantongrande at house numbers 5 and 6 (respectively from 1767 and 1860, as per the engraving on the keystone) , 39 and 41, in via Socastro at numbers 5, 6, 46 and 86, and in via Giugni Lomonaco, Notar Lomonaco, Vico dei Nobili.
After crossing a medieval bridge, you finally arrive at the remains of ancient water mills. 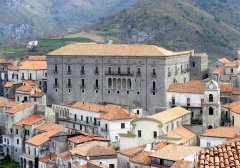 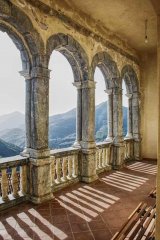 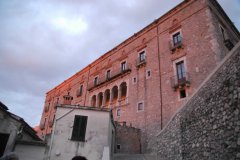 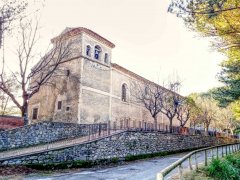 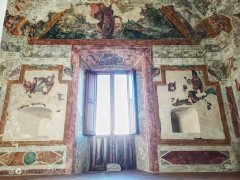 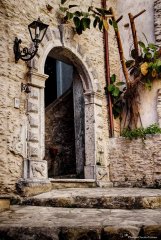 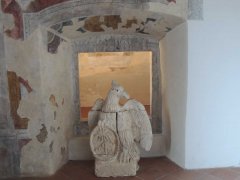 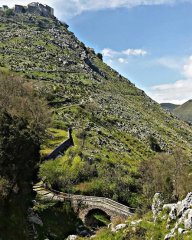 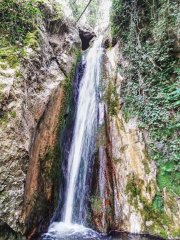 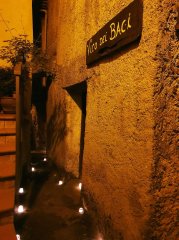 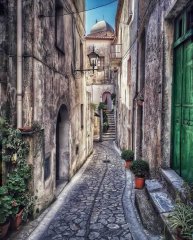 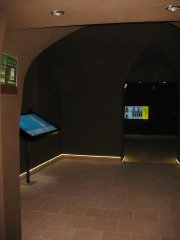 The International Camping Village is on the wide beach of Praia a Mare, in a truly privileged position. With views of the magical Isola di Dino, the island renowned for its caves and imposing rock walls that drop steeply into the sea, and the Gulf of Policastro, a beautiful corner of Italy where the prosperous and luxuriant land meets the crystal-clear sea water.